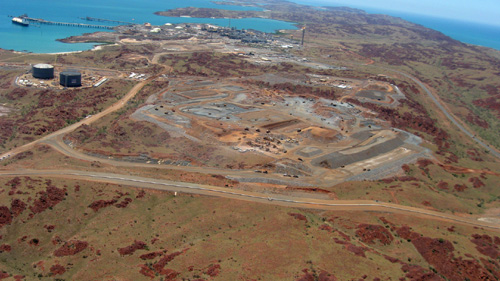 Who Considers it Sacred?: Australian Aborigines 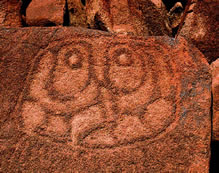 Industrial, residential and petrochemical development has destroyed up to 24% of the petroglyphs. A multi-billion dollar petrochemical plant has been added to already existing industries. At that time it was estimated that there would be an increase in the atmospheric pollution emissions by about 300% and will destroy the remaining petroglyphs. Since the SSIF 2005 listing, it is predicted that some of the industrial emissions have been reduced to roughly 200%. It is estimated than an additional 520 petroglyphs have been removed or destroyed, first 159 and in 2007 another 180 by Woodside Energy, the rest by Rio Tinto. As a percentage of the Murujuga rock art complex, this is not significant, being about 0.1% of the original total, but this slowing down in destruction is a result of the vigilant campaign mounted by the International Federation of Rock Art’s Robert Bednarik.

The main concern remains the acidification of the atmosphere, which has yielded acid ran for the past several years; it is down from pH 7.2 to pH 4.5 in October 2008. Acidity on the actual rock face has been recorded as low as pH 2.0, equal to battery acid. In these conditions, all rock art will have been bleached off by the end of this century. In July of 2007, IFRAO, succeeded in getting Dampier listed on the Australian National Heritage List. IFRAO is in the process of securing UNESCO World Heritage listing for Dampier. Another plan is to render the polluters legally liable for the destruction of Dampier and to sue them. 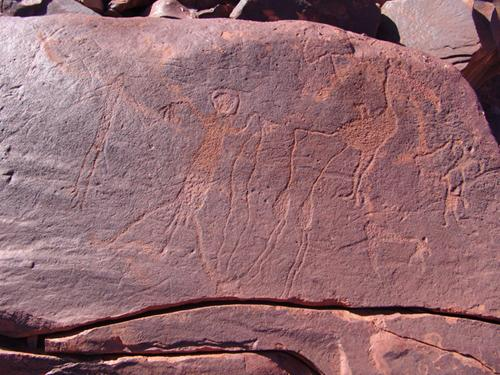 Preservation Status: The Australian government has located the country’s largest tonnage harbor next to the petroglyphs. In addition, the site is under pressure from residential encroachment, industrial and petrochemical development. It is especially at risk from mono-Nitrogen Oxides produces during combustion resulting in toxic smog that erodes the petroglyphs. In the fall of 2008, the Australian government gave permission to the Woodside Company for the removal of 941 rock art engravings to make way for a Liquified Natural Gas Plant known as the Pluto LNG plant. The Friends of Australian Rock Art have mounted a campaign to stop the removal of petroglyphs. 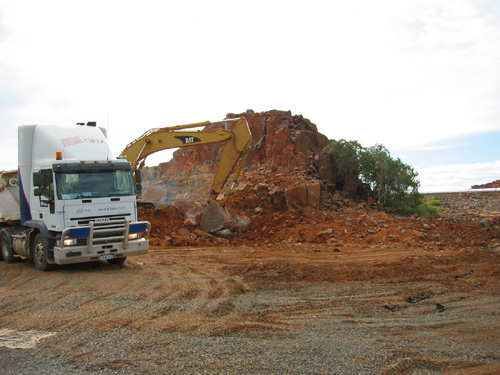 How You Can Help: Save Dampier Rock Art