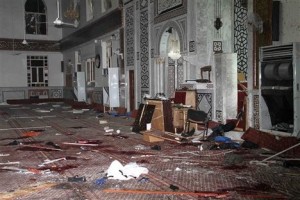 Why is it Sacred?The Jobar Synagogue in Damascus is located in a district that was once a thriving Jewish community. Tradition holds of that Elisha (in Syria known as Eliyahu) built the house of worship above a grotto where Elijah had taken refuge. As such, the synagogue was built on a site believed to be 2,000 years old. The Eliyahu cave is revered by followers of three of the major religions: Muslims, Christians and Jews and these followers regularly visited the cave to pray before the Syrian War.