Kakadu National Park was inscribed on the World Heritage List in three stages over eleven years (1981-1992). It is one of the few sites included on the List for both outstanding cultural and natural universal values: 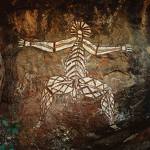 The park is located in the tropical north of Australia, 120 kilometres east of Darwin, covering a total area of 19,804 square km.

The park is extremely important to Aboriginal people, and many communities still occupy the region. Significant sites associated with the Dreaming are particularly significant to the Aboriginal communities.

The Aboriginal art sites of Kakadu National Park are a unique artistic achievement that provides an outstanding record of human interaction with the environment over tens of thousands of years.

The art sites, concentrated along the Arnhem Land escarpment and its outliers, display a range of art styles, including naturalistic paintings of animals.

The southern part of the park contains a number of art sites, the most significant being those associated with ‘Bula’, a Creation Time being who created a number of sacred and potent sites that, even today, are considered by Aborigines to be dangerous. 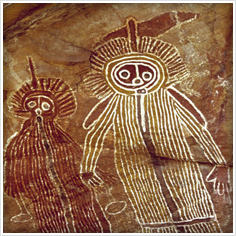