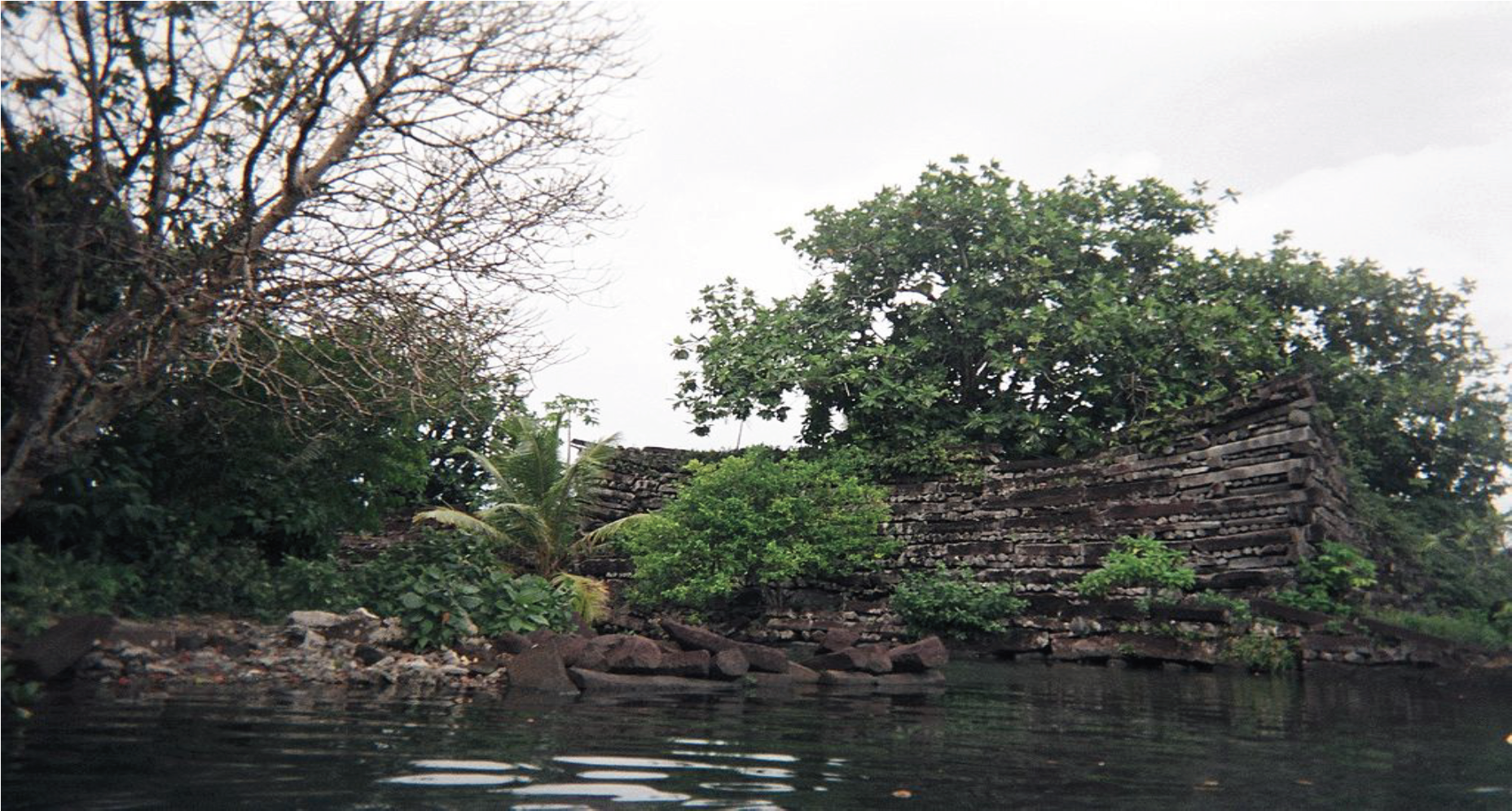 Offshore along the eastern coast of Pohnpei Island.

Nan Madol is a series of more than 100 human constructed islets made of artificual basalt and coral boulders. The islets are home to the megalithic ruins of temples, tombs, palaces and residences built between 1200 and 1600 CE. It was the sacred ceremonial center of the Saudeleur dynasty. It represents a dynamic manifestation of the chiefly structure of this Pacific Island culture that continues today under the control of the traditional management of the Nahnmwarki.

Siltation of the seawater is causing overgrowth of mangroves, which are engulfing the structures and some are threatening the integrity of the monuments.

The very fact that this complex of temple structures and their sheer number exist is a testament to the elaborate religious practices that have been and continue to be practiced at these sites.

The site is listed, according to the Kaselehile Press in July of 2016, on the U.S. Registry of Historical Sites. The Federated States of Micronesia legally protected the site, as did the Pohnpei Historic Preservation Office. The site was designated a UNESCO World Heritage Site in 2016 and places on the List of World Heritage Sites in Danger.

Editor’s Note: Sacred Sites International first learned of this site in 1992 and covered it in our newsletter, Site Saver, because it was endangered.