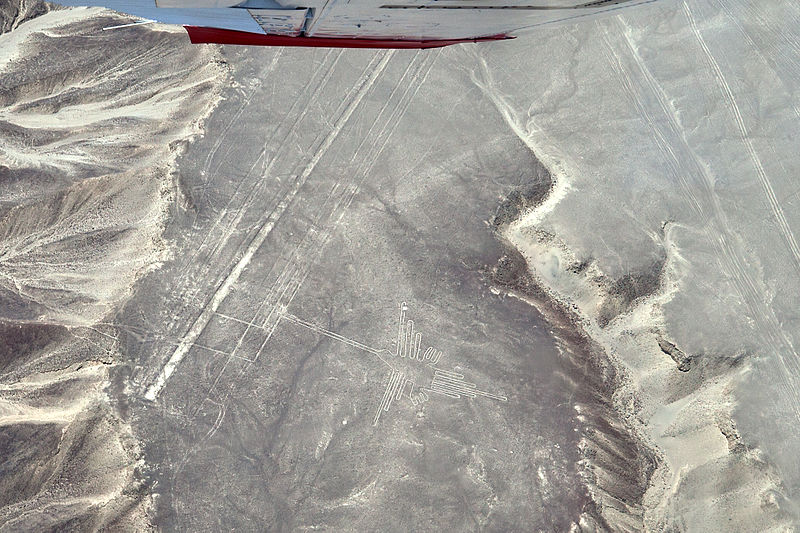 Peru’s Minister of Culture, Diana Álvarez-Caldrón, continues to pursue the highest legal measures against Greenpeace, who seriously damaged the hummingbird figure, part of the UNESCO World Heritage Site, Nazca Lines, one of Peru’s great cultural treasures. She is holding Greenpeace responsible for illegally entering a restricted area and placing large yellow letters spelling out a message urging climate action during a Global Climate Summit held in Peru in December of 2014.

Representatives of Greenpeace have continued to say the stunt was a mistake, not illegal activity. Greenpeace has suggested that they will send a team to evaluate and repair the damages. The Ministry of Culture will not allow this and they have already undertaken steps to evaluate and complete a Site Management Plan for the hummingbird. A Peruvian team will be visiting the site to see if the damage can be repaired.

Greenpeace has released the names of their team members who were responsible for the act: Archeologist Wolfgang Sadik of Germany, was the principle organizer and he designed and led the action along with Martin Kaiser who coordinated actions and Iris Weidemann, chief communication officer. Mauro Fernández, chief interpreter during the Nazca action has also been named. The Peruvian government is actively pursuing civil and legal actions against these individuals.

The High Court of Nazca issued an order for the arrest of Fernández. According to report #1033-2015, The International Organization of Criminal Police (Interpol) of Argentina, Fernández was arrested at his home on February 5th and is set to serve six months at a local prison. The Nazca court has also requested his extradition to Peru where he could serve detention for 9 months.

Greenpeace will also be held accountable for the costs of investigating and hopefully, restoring the damage. This legal action is included in a third civil liability suit.

The Foreign Press Association of Peru and the Institute for Press and Society of Peru have encouraged Peruvian authorities to exclude journalists from criminal prosecution.