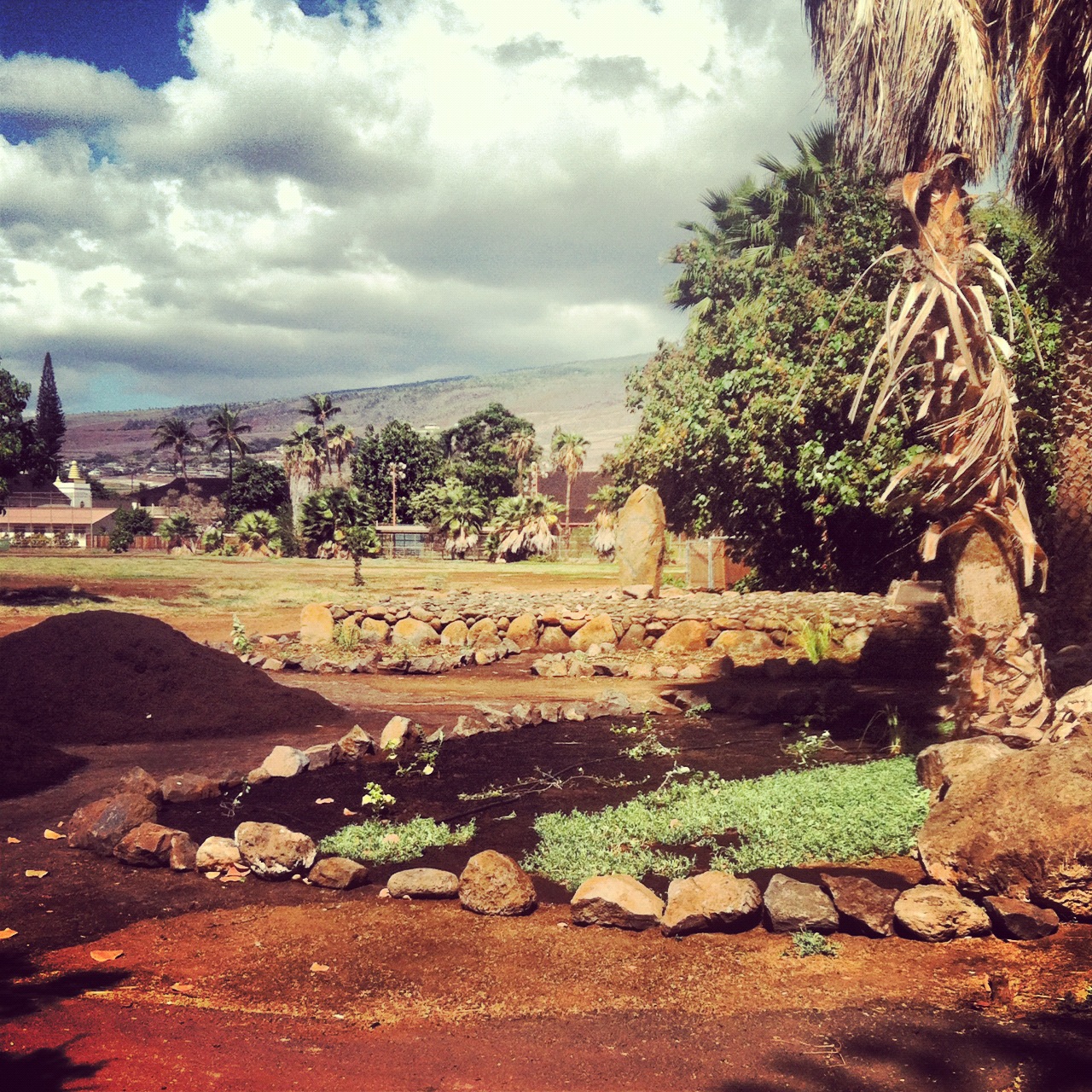 Significance: In Native Hawaiian tradition, Moku’ula is the home of the lizard goddess, Kihawanhine and former home and burial ground of Hawaiian Royalty. The site is part of a larger sacred geography relating to oral histories.

Moku’ula “was home to the High Chiefs of Maui from the 16th-18th centuries, and the Kings of the United Hawaiian Islands in the 19th century when Lahaina was the capital of the Hawaiian kingdom.” In the early 20th century, the site was covered over and made into a county park. In 1993, an archaeological survey headed by Drs. Boyd Dixon and P. Christiaan Klieger revealed many significant finds. Moku’ula was then listed on the National Register of Historic Places.

Preservation Status: In November 1998, the Friends of Moku’ula received a $131,000 federal grant for a plan to acquire the land covering Moku’ula. Akoni Akana, Executive Director of the Friends of Moku’ula and Native Hawaiian Advisor to SSIF, says that the restoration should take at least ten years. It is hoped that after the excavation of the island and lake at Moku’ula, the site may become an educational and cultural center. In spring of 2002, the Moku’ula began the 10-month first phase of its restoration. In 2003, a grant was written for funding by the Army Corps of Engineering for wetlands restoration.