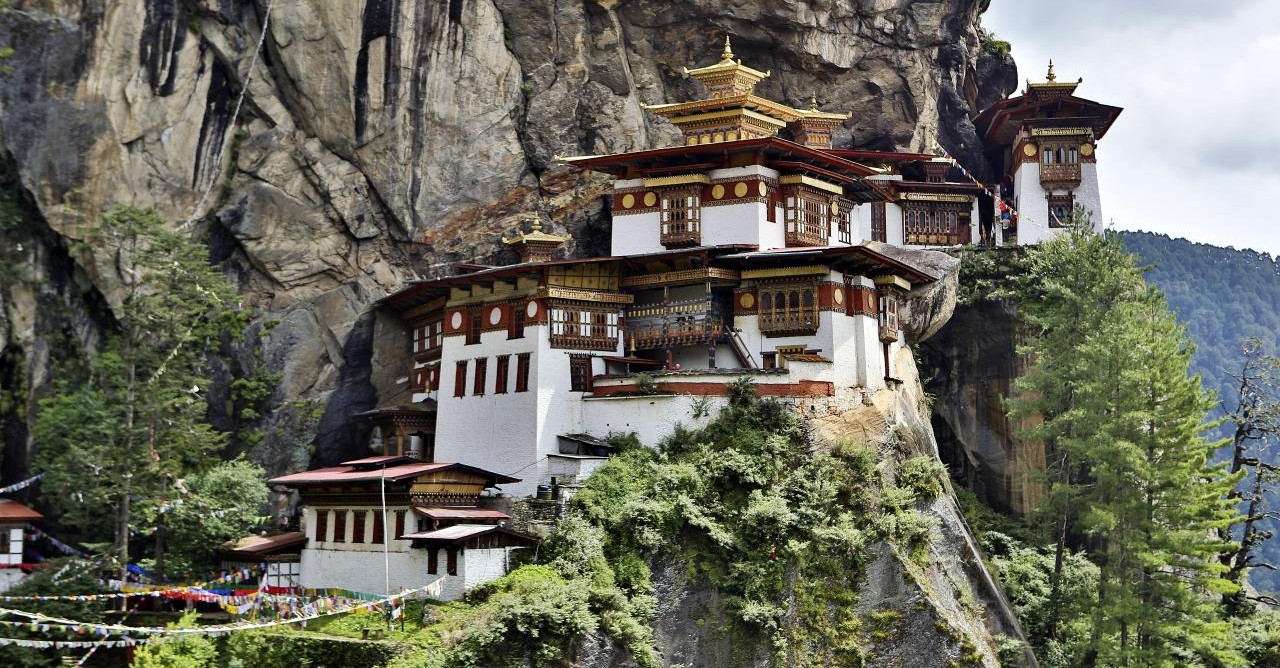 Significance: The Guru Rinpoche, his consort Yeshe Tshogyal, and his follower Dubthok Singye meditated there. According to Site Saver’s Spring 1999 issue, in 1748, shortly after the unification of Bhutan, a temple was built around the Taktsang cave, where Guru Rinpoche is said to have meditated.

Preservation Status: In the spring of 1998, the Taktsang temple caught fire. Following the incident, the government of Bhutan has pledged to reconstruct Taktsang over the next five years. Reports in 2001 state that reconstruction of the temple complex has begun, with ritual blessings being conferred in ceremonies by holy men the Je Khenpo and the Gyelse Trulku.

The following readings on Taktsang have been compiled by Katherine Anne Paul: