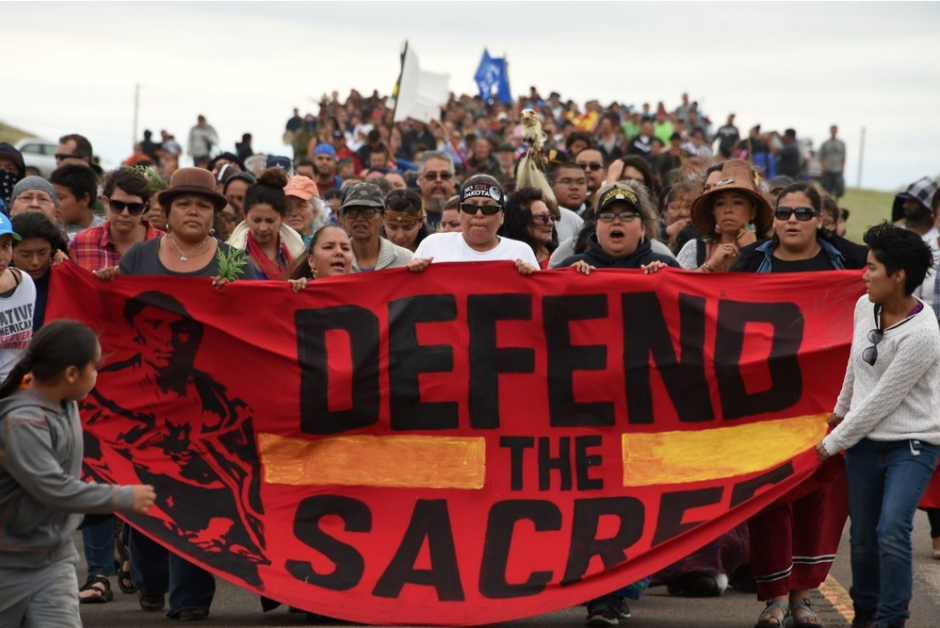 A large camp was established on the pipeline site, the Oceti Sakowin Camp. It was a historic gathering of tribes and allies who were expressing solidarity in stopping the Dakota Access Pipeline, Calling themselves, The Water Protectors’. The Oceti Sakowin Camp will be a place for future indigenous meetings.

To learn how the encampment began, read the New York Times Magazine article about the young people who first camped out at the site: “The Youth Group that Launched a Movement at Standing Rock.”

Also, read this article from the New Yorker, “Holy Rage: Lessons from Standing Rock,” by the American novelist, Louise Erdrich, a member of the Turtle Mountin Band of Chippewa Indians. Ms. Erdrich was born in Little Falls, Minnesota.

Standing Rock Sioux and other Sioux Tribes including other Indians throughout the U.S.

The Standing Rock Sioux have sued the Army Corps of Engineers saying they violated the National Historic Preservation Act (NHPA) and the National Environment Policy Act (NEPA). NHPA requires the agency to consider the cultural significance of federally permitted sites and NEPA to consider the possible consequences associated with waterways – putting a pipeline under the Missouri River. The litigation is ongoing and a court has rejected arguments that the construction be halted while the case is in litigation.

Oil started flowing through the pipeline in the spring of 2017.