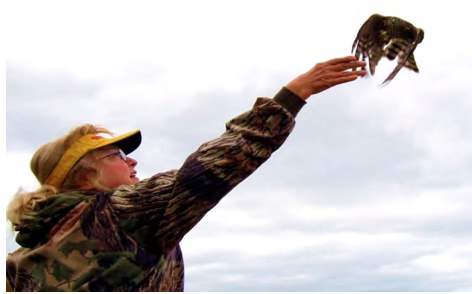 My mom believed children should be outdoors except to eat, sleep and go to the bathroom. We had mashed potatoes and politics every night for dinner. My dad was a one-term congressman and a main author of the “G.I. Bill of Rights” in 1944.

My mom was intolerant of lying; she worshiped the sun and loved the water, looking at it, especially swimming in it. My dad taught me how to talk with trees. I have inherited water activism.

So after 70 years of watching little squirts of progress here and there, teaching, reporting, writing a few books of poetry, I’ve come to focus on Coldwater Springs. Coldwater is the last natural spring of size in Hennepin County (Minneapolis), 10,000 years old, still flowing at more than 80,000 gallons a day. The first time I saw Coldwater in 1995 it grabbed me by the heart. It was flowing at 130,000 gallons a day then. I remember hearing myself whisper what place is this? Clearly, a magical place.

Coldwater is eligible for Dakota Tribal Sacred Site status and Native American Traditional Cultural property designation except the National Park Service (NPS) doesn’t accept the findings of their own 2006 Ethnographic Study. NPS claims they own” Coldwater. They say “We begin history here in 1820” when Euro-American soldiers were shown to, and took over, this ancient spring.

Coldwater is part of the Dakota Oyate (nation/people) emergence landscape, just north of the great confluence of the Mississippi and Minnesota rivers. A 9,000 year old bison spear point was found here in the b’dota, the meeting of waters. Where Coldwater Waterfall and Coldwater Creek empty into the Mississippi the bedrock is 451-million years old. Coldwater is also the Birthplace of Minnesota, where soldiers who built Fort Snelling lived (1820-23) and a civilian community developed to service the  fort.

The 27-acre Coldwater campus became a fenced, secretive Cold War research facility 1950-91. In the mid-1990s citizens opposing a highway reroute along Minnehaha Park “discovered” and began researching the land. More than 800 police busted our Minnehaha Free State encampment of Earth First!, Mendota Dakota people and local environmentalists. Many arrests, trials, two books and one documentary film later, the NPS has clear cut the land, leveled the top of the gorge for a mini prairie, measured the flow as it gradually declines, and watched the land become a dog park.