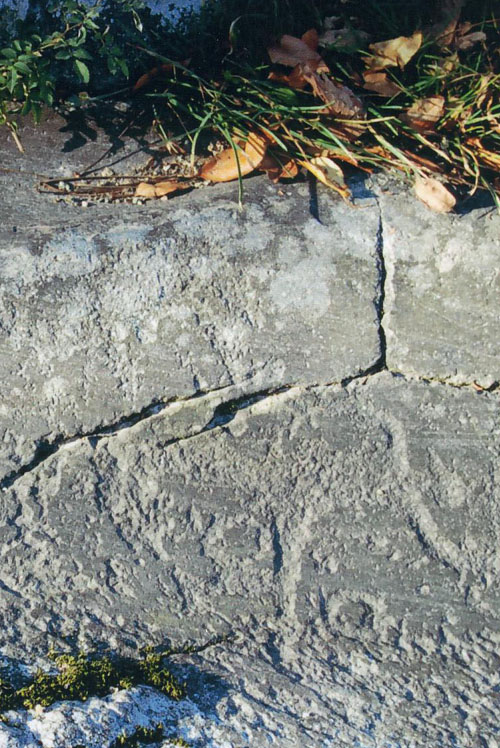 Location: Wisconsin, USA (exact location not disclosed for the protection of the site)

Significance: The Hensler Petroglyph Site is a panel of 33 petroglyphs on a seam of andalusite schist. The iconology of the panel ranges from Early Archaic (8,000 BPE) to Mississippian (900-1400 BPE). In addition, there is an occupational component under excavation.

Very few cases of rock art excavation have occurred in North America and it is hoped that articulation may be established between the petroglyphs and habitation site. It is also a very old site, exhibiting iconography patently Archaic, with potential for even earlier horizons. The pecked image of a lanceolate projectile point with a concave base suggests Paleo-Indian origin (10-11,000 BPE).

Preservation Status: The site lies within a privately owned working quarry. Occasional blast rubble falls on the site, but has so far not caused any noticeable damage. Trees have grown up around the site, and produced a lot of shade, which in turn, causes substantial lichen growth that is invading the petroglyphs. There is also substantial abrasive run-off.