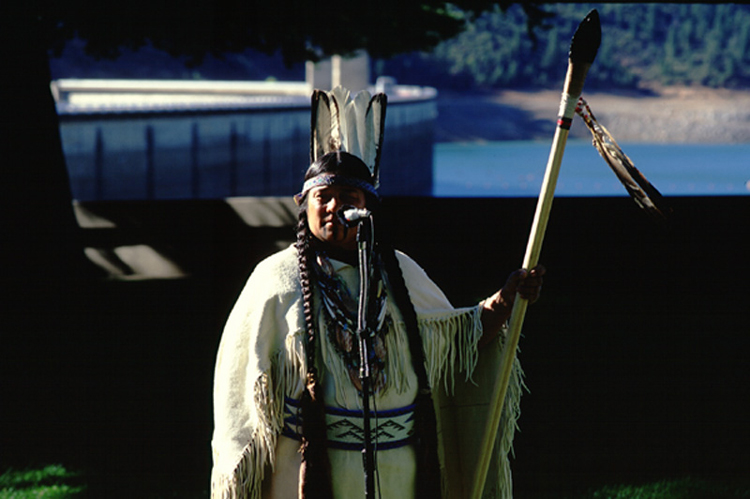 Location: California, USA; the watershed ranges from Mount Shasta down to Shasta Lake. The watershed extends from the McCloud River’s origins from a natural spring in the Panther Meadows on the flanks of Mount Shasta, to the river’s confluence with the Sacramento River. Various federal and private agencies and entities own and manage the watershed.

Significance: The McCloud River watershed is home to the Winnemem Wintu Tribe. The Winnemem are water people, caretakers and guardians of the entire watershed. Since time immemorial they have prayed at their sacred sites along the river; they sing to the water and dance for its wellbeing. Like many tribes the Winnemem were devastated by contact with European settlers. Only 125 Winnemem survive out of over 14,000 and they struggle to maintain their traditions and their culture. Initiated by Florence Jones, and carried on by current leader Caleen Sisk-Franco, they have undertaken a spiritual revitalization. Crucial to the maintenance of their ability to practice their sacred traditions is the preservation of their sacred places throughout the McCloud River watershed. Without their ceremonial sites such as Puberty Rock, and the sacred spring at Panther Meadows on Mount Shasta, they will be lost as a people and as a culture.

The watershed includes 33 sacred sites, ranging from burial grounds to village sites to ceremonial places still in use by the Winnemem Wintu. These include sites such as Puberty Rock, where coming-of-age ceremonies for young women are held; this sacred place is located next to a former Winnemem village where former leader and healer Florence Jones grew up. The village site, now a US Forest Service campground, is also where the largest Winnemem massacre occurred at the hands of European gold seekers in the 1800s.

The Threat: The U.S. Bureau of Reclamation has proposed a plan to raise the Shasta Dam from between 6 feet to 200 feet. Any expansion would flood many of the Winnemem’s last remaining sacred sites, as well as much of the McCloud River. This would force the Winnemem to dig up the remains of their ancestors and rebury them elsewhere, just as they did when the dam was originally constructed. Ceremonial sites such as Puberty Rock would be entirely submerged. The government is expected to release an Environmental Impact Report in the Spring of 2009. 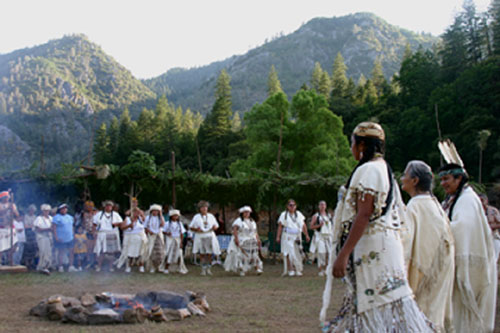 How You Can Help: Please join an Urgent Action Letter Writing Campaign. Send polite letters to Senator Barbara Boxer asking her to save the Winnemem Wintu’s remaining sacred places by working to prevent Shasta Dam from being raised at any level. To raise the level of Shasta Dam would cause an environmental disaster, flooding fragile ecosystems and flooding tribal cultural and sacred lands. In addition, ask Senator Boxer to restore federal recognition to the Winnemem Wintu Tribe to ensure that their sacred sites, their religious ceremonies practiced at these sites and their culture will not be lost.