The Bureau of Land Management (BLM) declared that the Bill Barrett Corporation (BBC) Seven Well Exploration Program will have no significant impact on Nine Mile Canyon’s cultural resources is not, in our opinion, and in the opinion of The American Rock Art Association, correct.

Harmful impacts from the Project

The single well proposed for Nine Mile Canyon and 2 well sites for the tributary, Dry Canyon would be directly in conflict with nearby petroglyphs and cultural structures. 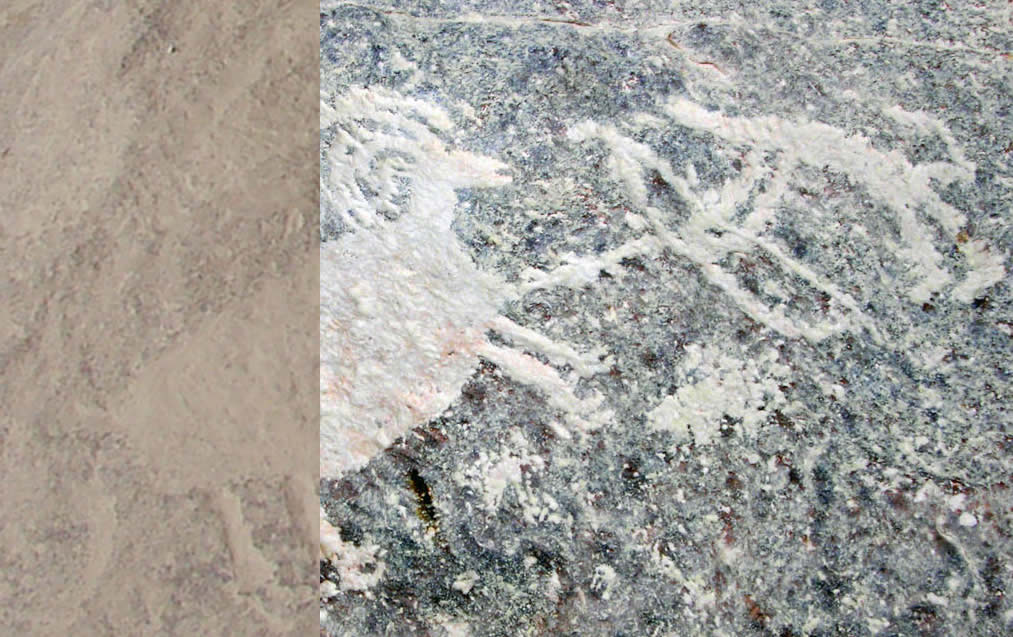 Nine Mile Canyon, located in Eastern Utah roughly 120 miles South East of Salt Lake City, is far vaster than its name implies; the canyon is actually over 40 miles long. It is known for its large concentration of more than 10,000 petroglyphs made over a period of 8,000 years by the Fremont and Archaic cultures. Many Native Americans consider the site to be sacred and the Hopi have declared the site as a Traditional Cultural Property. 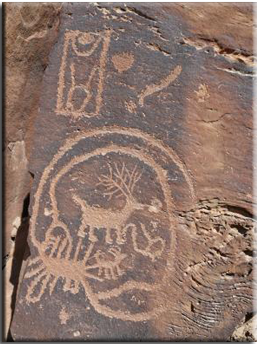 The site is threatened by industrial traffic connected with drilling for gas wells on the West Tavaputs Plateau and by the installation of pipelines by Denver based Bill Barrett Corporation who was granted authorization to do so by the Bureau of Land Management in 2004. At that time, they were given permission to drill 38 wells on the Tavaputs Plateau, however, according to Pam Miller, Chair of the Nine Mile Canyon Coalition (www.ninemilecanyoncoaltion.org), they actually drilled more than 42 wells under the 8. In March of 2008 there are around 120 wells on the Tavaputs Plateau. Drilling was done despite the fact that Nine Mile Canyon is protected by the Antiquities Act; it states that, “a person may not “appropriate”, excavate, injure, or destroy any historic or prehistoric ruins or dwellings or other structures.”

In 2004, the Trust for Historic Preservation added the site to its “America’s List of 11 Most Endangered Historic Sites.” Other organizations opposed to the project include: The Wilderness Society, The Sierra Club, The Natural Resources Defense Council, the Utah Rock Art Research Association, the Southern Utah Wilderness Alliance, the Nine Mile Canyon Coalition and many American Indian Tribes.

The site remains extremely endangered in 2008 and we are launching an Urgent-Action Letter-Writing Campaign against the current plan for full-field development with at least 800 new gas wells, called the West Tavaputs Gas Project. If this goes through, it would signal the end of the canyon’s cultural sacred petroglyphs. Industrial truck traffic is already having a severe effect on the cultural sites. Thick dust settles on the rocks and coats the petroglyphs. Magnesium chloride, used as a dust suppressant, has become airborne and its corrosive presence on the rocks is eating through the surfaces.

An Environmental Impact Study for the full-field, 800 well development of the West Tavaputs Gas Project in the Stone Cabin and Peters Point gas fields. The Environmental Impact Study (EIS) was released in February of 2008. None of the alternatives in the WTEIS offer any measure of protection for the cultural resources on Nine Mile Canyon. Even if the “No Action” alternative will leave a badly damaged, dusty road that will continue to generate damaging dust from trucks rumbling through the canyon on their way to the West Tavaputs Plateau.

If the plan is implemented, it will be the final blow to a site already badly endangered by dust and chemicals used on the roads that provide access to the wells. Despite the damage caused by the truck traffic and chemicals, the EIS does not include any alternate road access to the West Tavaputs Project. Alternate roads do exist! 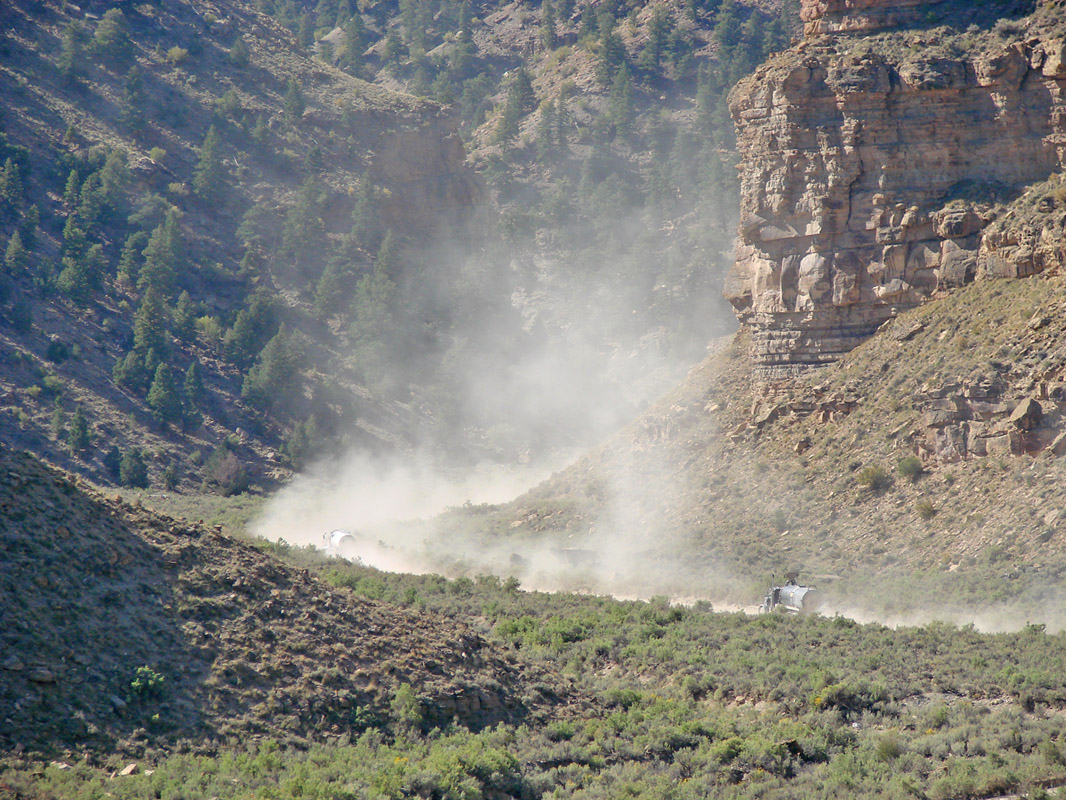 There is a dust-abatement requirement when the BLM grants right-away to companies like Bill Barrett and other drilled companies such as EnCana Corporation of Canada and Gasco Energy. However, a BLM-commissioned study of the problem points out the many problems with the access roads needed for the various drilling projects. Dirt approach roads for the 80,000 pound trucks that make trips to the drilling sites cause choking dust that can cake historic sites and obliterate precious rock paintings. One solution has been to frequently spray the roads with magnesium chloride, but it, too, sticks onto rock canyon faces and historic buildings. The chemical is so strong that it can eat through concrete. It also freezes at minus 1 degree Farenheit causing the rocks with petroglyphs to expand and crack.

A recent article on the current situation has been published in the Salt Lake City Tribune on February 16, 2008, and we urge you to take a look at it: www.sltrib.com/ci_8289963

Through the review process required by Section 106 of the National Historic Preservation Act (NHPA), federal agencies, including the BLM, are required to take into account the effects that projects such as oil and gas development can have on cultural resources and consult with stakeholder about ways to avoid, minimize or mitigate any adverse effects. Through the Section 106 process, the National Trust and many other groups participated in year-long negotiations about the impacts the West Tavaputs Gas Field Development Project could have on significant sites in and around Nine Mile Canyon. The outcome of these negotiations was documented in an NHPA Programmatic Agreement (PA) that was signed in 2010. In short, the agreement calls for more archaeological surveys, National Register nominations for sites in the canyon, development of conservation treatments for rock art impacted by dust, continuing research into the effects of dust on rock art, and development of visitor interpretation sites in the canyon.

In the years since the agreement was signed, much of the road through Nine Mile Canyon has been paved, eliminating problems stemming from dust. Additionally, the requirements of the PA are gradually being implemented. We will continue to monitor its implementation and hope that it will serve as a model for other BLM projects in the future. 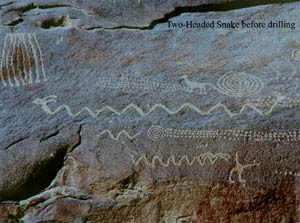 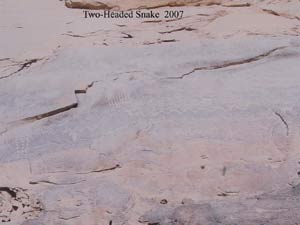