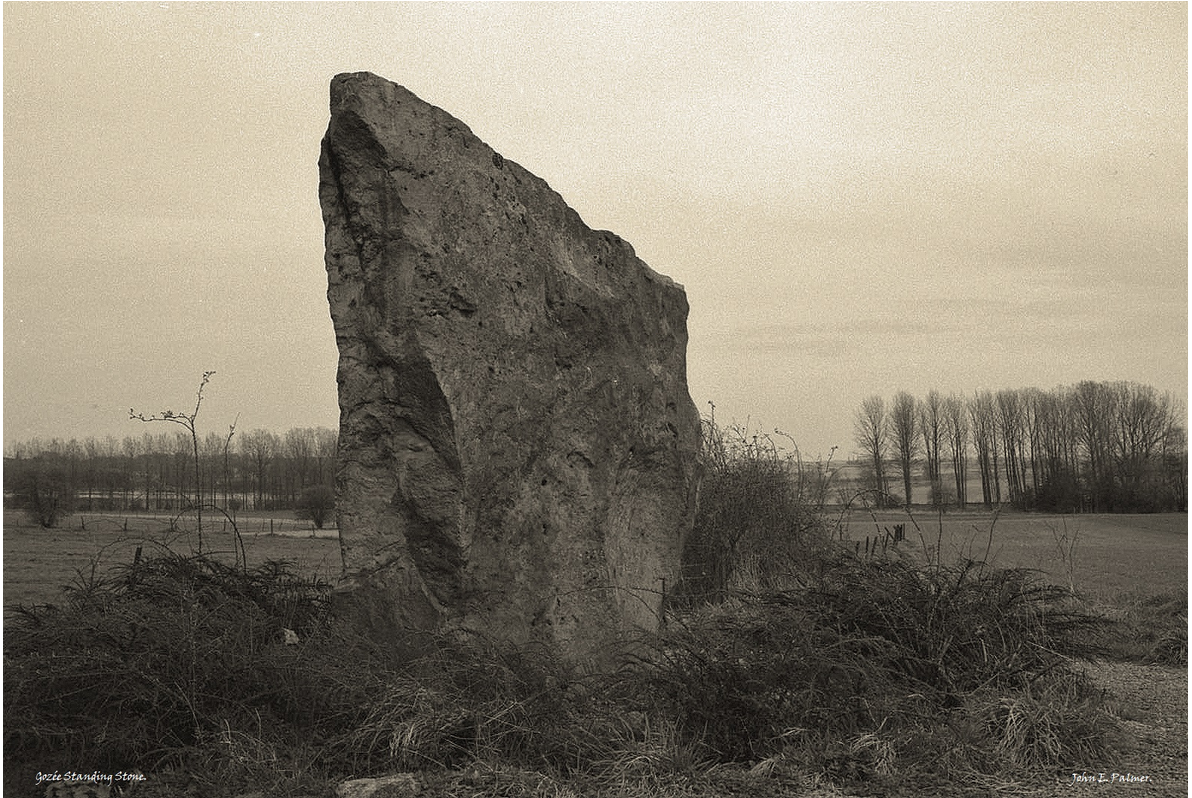 Photo taken by and copyright by John Palmer

John E. Palmer of Den Haag, the Netherlands, was one of the first Site Savers we met when Sacred Sites International was founded in 1990. We learned about Mr. Palmer when we saw his etchings and photographs of ancient sacred sites exhibited in a gallery in Northern California.

John Palmer was part of the Earth Mysteries Art Movement which began in Great Britain in the late 1960s. These important, though unfashionable, artists investigated sacred geometry, archaeoastronomy, myth and folklore, combined with experiences at sites to form the inspiration for creative celebrations of their ancient heritage.

Palmer found that meeting the enigmatic remains of the early beginnings of European human culture, such as the great megalithic monuments, instilled unforgettable impressions on his life and work. This stimulated the study and wider recognition of the symbolism and the intricate, multi-faceted purposes of many ancient sacred sites and engendered site saving efforts.

He is the leading expert on the Blue Stones in Europe which are better preserved in the Netherlands. These stones are geometrically shaped flat stones embedded in the ground. They were sacred centers of towns and also served a judicial function. He spent several years lobbying officials to remove a misleading marker embedded in the Schoonhoven Circle. His work on Blue Stones was published in the newsletter of Sacred Sites International and in the Illustrated Encyclopedia of Ancient Earth Mysteries by Paul Devereux.

A notable example of John’s site saving efforts is the Gozée Menhir (see photo above), located in Belgium. When he first encountered the menhir, or standing stone, he found it “for sale” and its companion stone destroyed, Subsequently, he began writing to authorities to protest the sale of cultural patrimony. This led him to seek legal protection for the remaining stone which was ultimately implemented by the Minister of the Region of Wallone on July 30, 1992 for its historical and archaeological value.

Palmer devoted himself to a ten-year, one man campaign to legally protect Neolithic hunebeds, a form of chambered mounds, located in The Netherlands. His efforts were successful and all of these ancient sites were legally protected by 1992.

All contents of this newsletter are Copyright © 2015 Sacred Sites International.