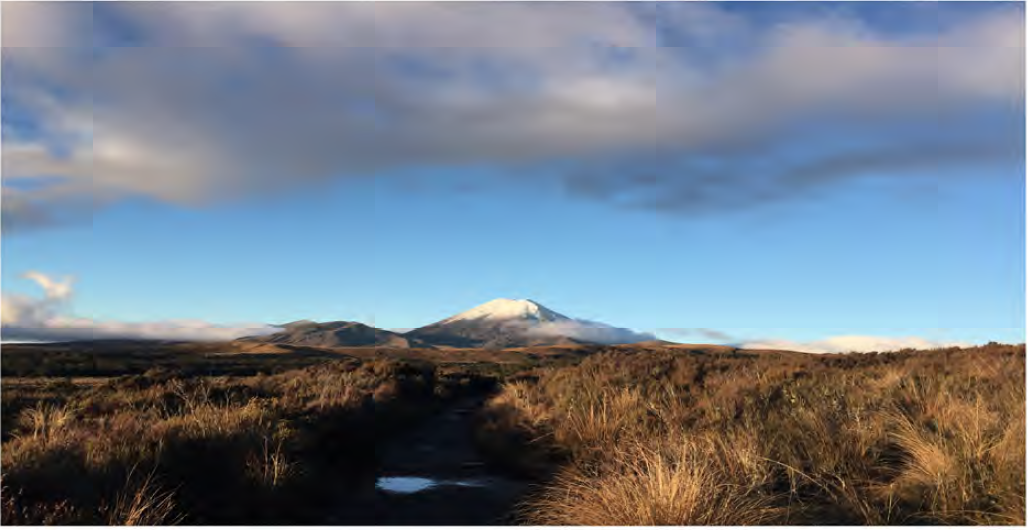 Located on the North Island of Aoteoroa/New Zealand, Tongariro National Park is the country’s oldest national park, established in 1894. In 1990, it was declared a World Heritage site, and three years later it was also given Cultural World Heritage status. Tongariro is a popular tourist destination, drawing nearly one million visitors each year to the ski fields of Mount Raupehu or the hiking trails throughout the park, and the landscape itself is one of stunning natural beauty and volcanic drama: all three mountains within Tongariro National Park – Mount Tongariro, Mount Ngauruhoe, and Mount Raupehu – are active volcanoes, with eruptions as recent as 2012 (Department of Conservation, n.d.).

Development of the park at all, as Groot notes, is “a big compromise of the Park’s sacred natural state” (2003, p. 5), but even without taking Tongariro’s spiritual significance into consideration, management practice has an extremely delicate line to walk between the promotion of tourism and the preservation of the park’s landscapes.